Hi Doug- What I meant was the Hickories I've seen down south have rings of 1/32- 1/16 Dia. per year. Yours seem to be growing faster than that. I always thought that was a slow growing species, just surprised. I too am enjoying your detailed posts and the Fen areas reminds me of the gum ponds, marsh areas of the south. Larry
Top

OK, I got you now. If I convert the three hickories that I measured over time the fast pignut would come out to about 1/4 inch of diameter growth per year while the slower pignut and shagbark would be about 1/8 inch diameter growth per year. I'm surprised by this too. These hickories seem to be growing as fast or faster than many of the so-called fast growing species. It seems like the terms fast and slow growing mostly just refer to trees when they are really young. In that case hickories certainly are quite slow growing relative to other species. I've noticed that trees that appear quite old to me or that have small crowns tend to be the slow growers. This makes pretty obvious sense. Still, I was amazed how two taller but more slender black walnuts just blew right by another nearby black walnut that appears to be significantly older. The older tree is also in a more densely forested area and it is shorter so I'm sure it's getting a good deal less light. The two faster growing walnuts also sit at either end of a vernal pool so they get even more light and maybe they don't have problems with soil moisture either. 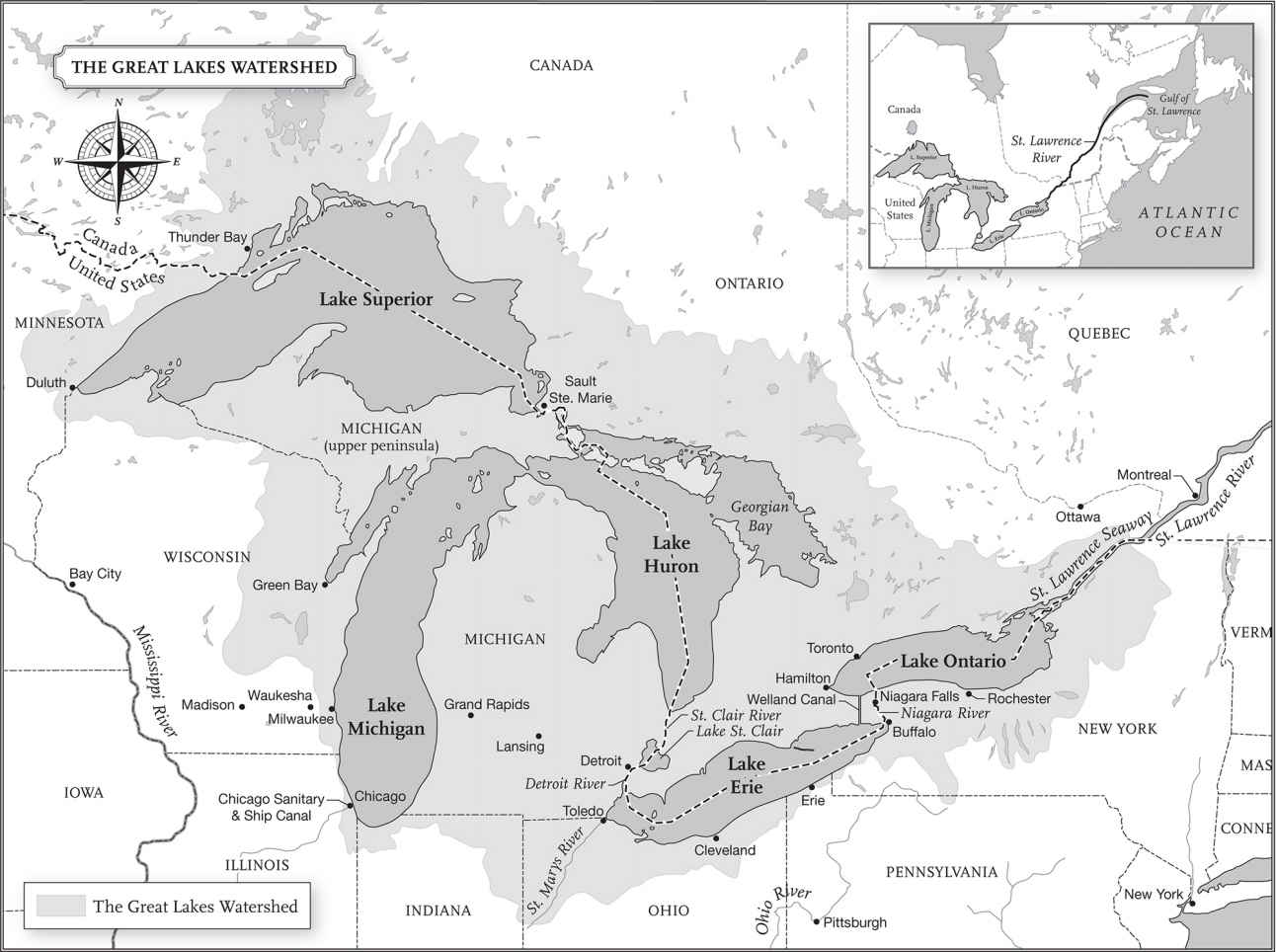 I read the above, last month, and I think it talked about similar fens in Waukesha,_Wisconsin#"Spring_City".

It was interesting and a big deal in its day before they trashed them. I was surprised I never heard of them.
We travel the Milky way together, trees and men. - John Muir
Top

I forgot to mention that several of the trees measured were height and/or girth records for Michigan trees measured by NTS (to my knowledge). Some species are only represented by a single measured tree for the state so this isn't saying much except that we have little data to work with at the moment.

years ago I decided to treat Lower Huron Metropark, Willow Metropark and Oakwoods Metropark as one park because they are all physically connected to one another. I'm going to do the same with Kensington Metropark, Proud Lake State Recreation Area and Island Lake State Recreation Area as well. I don't have many tree measurements from Proud Lake or Island Lake so this will go really fast.

Proud Lake State Recreation Area is to the northeast of Kensington Metropark and farther upstream along the Huron River. There is significantly less topographical relief in comparison to Kensington and the soils hold much more moisture. Tuliptree and silver maple are present here and reasonably common. There are even some black tupelo and hemlock and I believe the hemlock are native (many conifers were planted at this park). I have only a couple of older measurements from this park but I'm uncertain of when I measured them.
Tuliptree 9.25' (111.01") x 124.5'
Alternateleaf Dogwood 0.78' (9.4") x 27' 8"
A tree fell on the alternateleaf dogwood and bent it down to the ground but it isn't actually dead.
In December of 2017 I measured three more species.
Bigtooth Aspen 8.21' (98.52") x 106.5' = 205 points. (tallest NTS measurement for the state)
Black Tupelo 5.06' (60.72") x 87' = 148 points. (only measurement I knew about for this species in MI)
Tamarack 3.03' (36.36") x 85.5' = 122 points. (tallest NTS measurement for the state - beating out the days old record from Kensington)
Quite a few conifers that are not native to this region were planted here including jack pine. I quickly estimated a tall one to somewhere between 79 and 80'. There may be some over 80' tall in this park.

Island Lake State Recreation Area is located to the southwest of Kensington Metropark and farther downstream along the Huron River. This park is very similar to Kensington but there is certainly more river floodplain. I have even fewer tree measurements for this park than for Proud Lake at the moment. So far I have only two tree measurements written down and they are probably at least 8 years old.
Bur Oak 13.42' (161") x 60' x 79.5' = 241 points. (third measurement is average crown spread)
American Elm 12.42' (149") x 75' = 224 points.

There is much more measuring to be done in these two parks.

Doug, this set of posts adds up to a great report with a lot of interesting and very readable information. I'm going to have to print off a couple copies for the folks I stay with nearby as well as my girlfriend's mother, who volunteered there with the osprey restoration project a while back.

I'm going to be there the week after next for a very short visit, but it might be the only time I'm there before leaf-out. If I have time I'll definitely get sine height measurements on any trees you can send me coordinates of.

Hill's Oak is a species that really interests me- not quite sure why, I've just wanted to see them ever since I first heard about them. There were some young trees I saw in an opening last time that seemed like they might be good candidates (most traits similar to velutina, but smaller/less hairy buds and leaves deeply lobed from top to bottom, no filled-out shade leaves), near wildwing lake, but I was far from certain on those.
https://flic.kr/s/aHskRDyuEH
http://www.inaturalist.org/people/er1kksen
Top

I wonder if we know some of the same people as I also know of a couple women who have helped out with the osprey restoration project in the past.

I'm going to be in Michigan the weekend after next. Maybe there will be some overlap there. In any case I'll get you some coordinates by Wednesday as I'll not be home until late Tuesday.

Hill's oak looks very much like black oak and scarlet oak. Winter buds and acorns are the easiest way to differentiate them from black oaks. Hill's oak have small shiny buds and acorn caps are smooth at the edge. They also normally have excellent red fall color like scarlet oak. Unfortunately many of the oaks in Kensington appear intermediate to some degree, often with hairy buds (especially apically) and fall color is often a kind of coppery-orange color rather than bright red. It seems to me that Kensington has an unusual number of Hill's oaks with black oak genes in them...or maybe it's the other way around.

I wanted to make some comments on the map that I made for Michigan.

The above map has the 4 white counties in the southeastern Lower Peninsula removed so that the major regions can be more easily seen. I'd like to go step by step over why the map looks like this. The first map of Michigan that made on impression on me was one by Kormondy in 1958. He was writing about the dragonflies and damselflies (Odonata) of the state and they were the first insects that I absolutely fell in love with. Below is a map showing the three major regions that he felt were most important in describing the distribution of the odonates of Michigan.

From North to South these regions are the Upper Peninsula (UP), Northern Lower Peninsula (NLP) and Southern Lower Peninsula (SLP). There is an especially obvious distinction between the tension zone separating the NLP and SLP. Trees growing in the SLP are mainly deciduous while those growing in the NLP and UP are mainly coniferous (or at least they were...there are now an awful lot of aspens after the big cut). The UP simply has more spruce and fir than the NLP but there is actually very little true boreal forest in the UP. So the difference between the NLP and UP doesn't appear as great as between the SLP and NLP.

In 'Michigan Trees' by Barnes and Wagner and 'Michigan Shrubs and Vines' by Barnes, Dick and Gunn, Michigan is divided into four major ecoregions as depicted in the map below.

This map looks mostly like the Odonata map except that the UP is divided into western and eastern regions which mostly correspond to the highlands in the West versus the low and poorly drained lands of the East.

Lastly, NOAA divides Michigan into ten climatological regions as in the map below.

DougBidlack wrote:I wanted to make some comments on the map that I made for Michigan.

Interesting in that I have wondered about this north south split since seeing range maps showing it, but not explaining it. With the lakes, I would have guessed it is not climate, but what is the cause?
We travel the Milky way together, trees and men. - John Muir
Top

The north/south dividing line corresponds to the floristic tension zone. It is set partly by temperature for the range edge of southern species, and by soils for the relative dominance of the “northern” species. It is purported to be the area of greatest turnover between northern and southern (central hardwoods) species. In reality, most of the species of the north occur sporadically south to northern Indiana, and are mostly wetland species. The amount of wetlands declines sharply south of Michigan.

Dominant hardwood species like beech, maples, and some of the oaks, are generally widespread throughout the Lower Peninsula and UP, though only red oak makes it to the UP.

White pine and hemlock are considered “northern” from Michigan perspectives, but they are just as at home in moist acidic sandy sites anywhere in the state. But sandy soils happen to be predominant north of the tension zone, so that's what contributes to their greater importance there. White pine and hemlock are actually locally abundant south to Berrien County on the sandy lake plain along Lake Michigan. Hemlock is also very common in the relatively warm climates outside Michigan (e.g. Southern Appalachians), due the wetter climate and acidic soils.

It is mostly the southern species that drop out going north to that tension zone, presumably due to shorter growing season or colder winter extremes. These same “southern” species can handle somewhat cooler summers at higher elevations of the Southern Appalachians, where the winters are milder. Hickories, paw paws, and tuliptree only make it north to the tension zone. Sassafras, black gum, spicebush, and flowering dogwood make it further north to Manistee County, but only in the lower elevations of western two tiers of counties along Lake Michigan. I would imagine that their success depends on the lake moderation of winter temperatures.


Herbaceous species are less confined by the climate. Species that seem more common south happen to associate with the more calcareous loamy soils found south of the tension zone. The north is less well documented floristically, especially on rare loamy soils that are more often in private hands. Some new localities are still being discovered north of the tension zone.

I do think that the cooler summers of the northern interior highlands and along the immediate lakeshore are responsible for a greater amount of spruce and fir in the north, but this line is mostly north of the main tension zone. For otherwise winter cold tolerant maples, the relative abundance against boreal evergreen species is a function of available nutrients and summer warmth that support higher rates of photosynthesis of broadleaves to pay for the cost of being deciduous (i.e. the losing out on cool season readiness advantage of being evergreen).
Greg Schmidt
Top
Post Reply
23 posts