General discussions of forests and trees that do not focus on a specific species or specific location.

You might find this page I'm putting together to be of interest. It includes some stuff on the Klootchy Spruce, the Cape Meares Spruce and the new discovery Falcon's Tower.

Also provided an explanation for the Octopus Tree. And there is suggested method for dealing with trunk buttress when measuring.

I'm not very fond of Sitka in a landscaped yard. But really dig the species out in the forest where they are indigenous.

Oh ... if you enlarge one thumbnail on the page for the Cape Meares Spruce, it shows how the burl or burls killed a smaller tree. It was previously like two giant wooden boobs that grew and merged together, crushing the small tree trunk in the middle.

Wow! What a wierd looking tree! It has a lot of character, thats way cool! Larry
Top

I found a white pine with some similarities but it's not in the same class as that spruce. That is a tremendous tree which simply oozes character! Please post more trees with unusual charcter.
Top

Mr. Vaden, I've seen that there Octopus Tree, 3 years ago. The Cape Meares Spruce was amazing as well.
Top

Here are some photos from my trip:

bbeduhn wrote:I found a white pine with some similarities but it's not in the same class as that spruce. That is a tremendous tree which simply oozes character! Please post more trees with unusual charcter.

Okay, from a few days ago ... keep in mind this is not Oregon, but a redwood in northern CA. But it is unusual character. 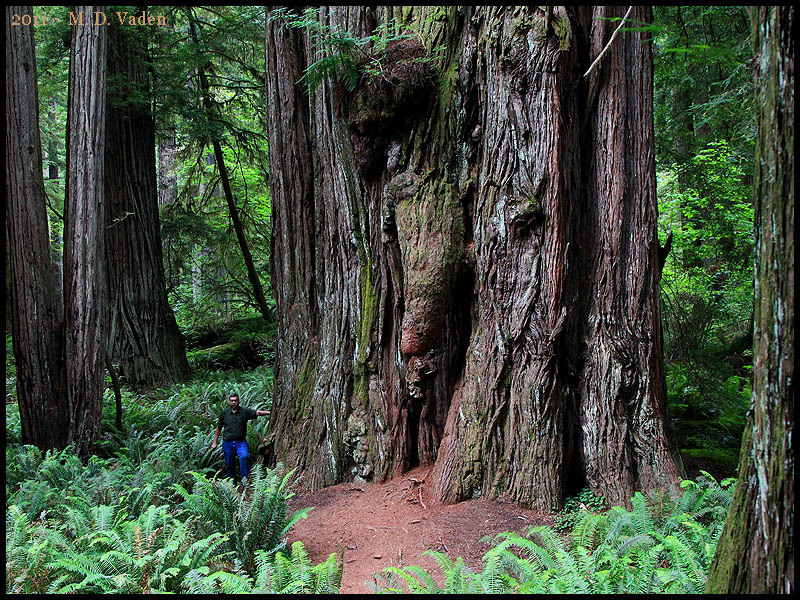 In Oswald West State Park. I call this the Jurassic Tree. Another Sitka Spruce.

Hmmmm....... Maybe that is why I like it so much.... the Cape Meares spruce that is.... Great tree. I was up there earlier this year on a lovely rainy day. I need to make it out to that big redcedar at Rockaway which I have never seen.